Writing about style, design and all things that catch my eye!

Perfectly imperfect and casually luxe; these are a few of my favorite things.

Whatever we did, we DIDN'T run!

Here's a brief glimpse into Seattle's most engaging and elaborate art event of September (potentially summer, too)-- the NEPO House 5K Don't Run extravaganza set up with site-specific stops and multiple performances happening along the route to artist Klara Glosova's Beacon Hill home. Participants started warming up (by chatting) in Occidental Park where there was an anonymous registration system handled by the Vis-a Vis Society. All we had to do was choose a name and hope that it wasn't already taken. We were A-OK on that front, so once our numbers were pinned to our shirts, I hopped on over to buy myself a t-shirt which was silk-screened on the spot for me by Duck Ugly. It sure is nice (and a little wrinkled from being carried around in a bag):

As we began moving in and out of various Pioneer Square galleries, the sun was very hot; thus, we had one child who wanted to go NO further. We feared that our team would soon have to pull out of this 'non-race'. That would have been a surefire letdown to our non-competitive, art loving spirit!

The GREAT news is that our teammate soon pulled out of her visible turmoil. Once we started trudging underneath the freeway (with all it's seedy elements) she was good to go. Before we knew it, we were making stops into shops that we would not normally even glance at. On foot, we started seeing the city with new eyes.


I'd say that the general magic was in the camaraderie of a group of likeminded individuals exploring the city streets, galleries, sidewalks, front yards, garages, homes (etc), in a way that encouraged conversation while showing us a multitude of artistic talents. The constant juxtaposition of big city living was on view simply by walking along. There were some gritty societal elements, numerous architectural touches that I'd never noticed while driving by, a bird's eye view of the crazy Sounders traffic; and finally, the arrival at a contemporary home filled with people and art.
The work that went into planning the minutia of tiny details must have felt never ending. For that, I feel thankful for a seamless day that felt otherworldly at times-- yet always incredibly special. After mingling near the FINISH line, we went out to Indian food and then caught the Light Rail back to the car. Whew- a time to rest! 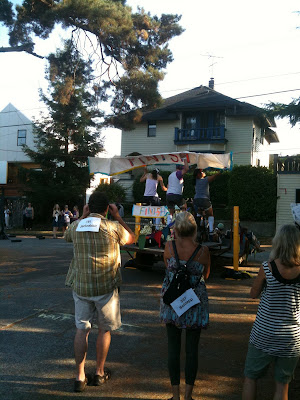 Let's give a big round of applause to all who helped out!
Posted by Carrie at 10:30 PM 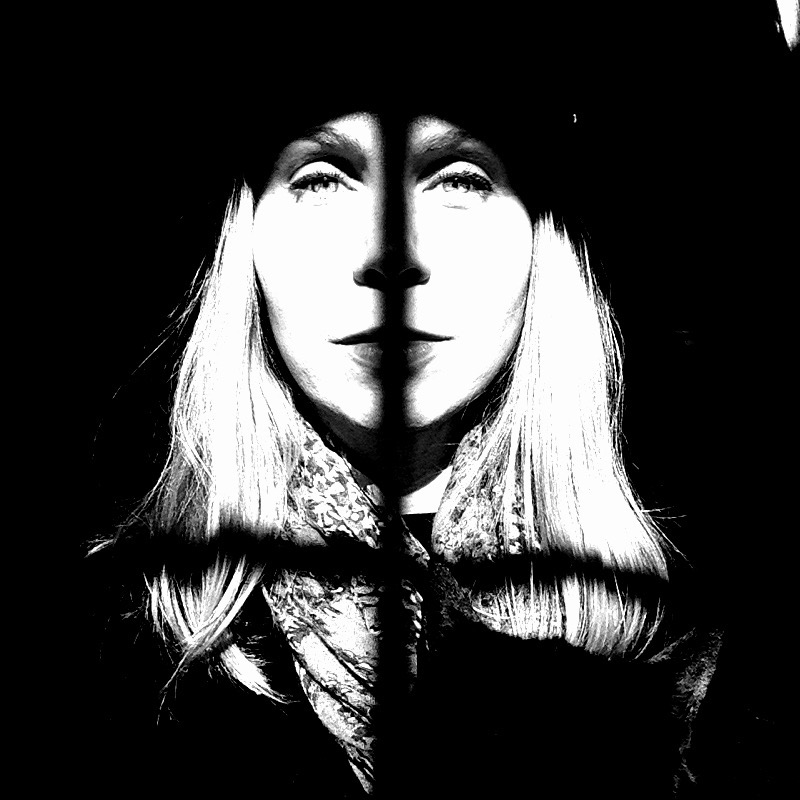